Disciple is where communities thrive. Disciple’s community management platform helps people build independent, valuable, and trusted communities in a safe space that they own and control.

Who is Disciple Media?

Disciple Media is a London-based SaaS company that helps people build independent, valuable, and trusted communities. Their community management platform was born from CEO and electronic musician Benji Vaughan’s need to better engage his fans. Fast forward a few years and Disciple is now used by thousands of online communities and their members worldwide.

Disciple customers include non-profit organizations, religious groups, health and fitness communities, musicians, and almost any kind of hobby or shared interest you can imagine. Any group of passionate people can create and engage an online community with Disciple’s tech.

Disciple offers a web-based application and an even more popular mobile app. Users can customize their communities with special branding, content, and notifications. Community members can interact with one another via events and messaging.

Community is almost certainly at the top of the 2020 trends list, but when those communities nurture meaningful relationships with those that have shared interests, then this trend is likely here to stay.

The Challenge: the SQL formula that broke the camel’s back

Disciple uses Recurly to manage subscriptions. They also sell and whitelabel thousands of mobile apps to communities on the Apple App Store and Google Play.

Before discovering ChartMogul, Frankie built a SaaS metrics dashboard on BI software Sisense (formerly Periscope). This solution, in theory, would allow all of their reporting to happen directly in one BI and data visualization tool. Frankie brushed up on his SQL and went to work. Frankie’s solution needed to account for the complexities of SaaS billing realities. His SQL queries addressed coupons, refunds, and currencies.

“And then while I was doing the basics, it became apparent, it was going to be very difficult to be able to trust these numbers, because the SQL formulas were extensive and complicated. There were so many joins. We were basically trying to just create ChartMogul in Periscope. And after about five weeks, we realized: this is not gonna happen.”

Once he realized that a custom BI solution was not going to generate reliable, useful SaaS metrics, he looked elsewhere.

The Solution: integrated, reliable SaaS metrics in less than an hour

The modern SaaS finance stack is more integrated than ever. So Frankie was pleased to find a plug-and-play solution that easily generates reliable SaaS metrics directly from billing data in Recurly.

“Within a half hour, we had data that we could trust. So after five, six weeks of training Periscope, I had an solution within half an hour”

ChartMogul gives Frankie and the team at Disciple the necessary insights to improve key subscriber metrics. One of Frankie’s ChartMogul favorites is cohorts. Disciple sends data from their sales CRM, HubSpot, directly to ChartMogul so that they can give context to their SaaS metrics. This allows them to do cohort analysis on supported industries and even by sales rep.

“We can even look at the number of customers a salesperson has brought in and how that particular cohort is working. We can drill down on the particular performance of each salesperson and say, what their cohort, they’re performing at 90% net revenue retention, which is okay, but not great. How do we get them up? But why are these people churning? Why are they not expanding?”

Disciple’s internal reporting and analysis extends beyond ChartMogul, too. Frankie’s team also uses Stitch, BigQuery, and Periscope to complement ChartMogul’s capabilities. This allows them to combine their subscription revenue insights with other relevant data sets to get a full picture of the business. 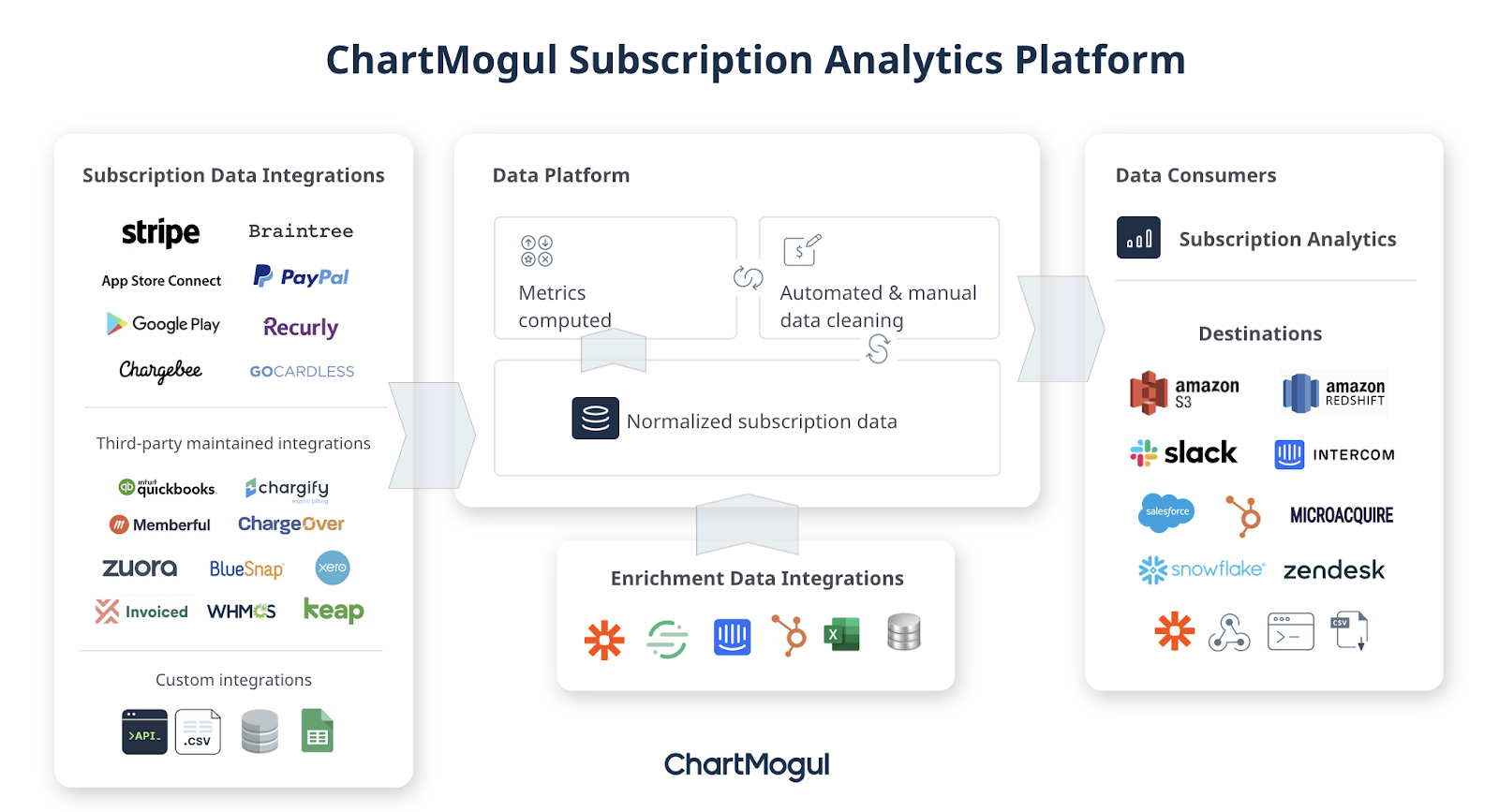 Disciple has quickly grown from $58k in ARR to a whopping $3.5M. They expect to grow an additional 100% this year and use insights from ChartMogul’s subscription analytics platform to do so. Thanks Frankie for sharing Disciple’s story!