Ghost is a platform dedicated to one thing: Publishing. It's beautifully designed, completely customizable and completely Open Source.

Growing at a modest pace of 25% YOY, Ghost may not eat the world, but could certainly change it. How? Through transparency and openness in an age of growing confusion and exclusivity. Plus ChartMogul’s API.

Ghost is a blogging platform, used by anyone but aimed for journalists specifically. It’s about to turn four years old and is currently earning over 750k in recurring revenue — as you can see on their newly released public metrics dashboard, which they’ve powered through ChartMogul’s API.

In today’s world of fake news, nonexistent publisher revenue, clickbait, and scattered (shattered!) readership attention, when publishers are incentivized to publish outrageous content… how will Ghost accomplish their mission?

By operating without a profit, without outside funding, without proprietary technology, without secret metrics, and even without borders.

Can I take the “ghost” metaphor too far? Ghosts are independent, free from the confines and rules of having a physical body in the physical world. Humans have to find a doorway; ghosts can float through walls. Ghosts are also transparent (at least in the movies?); you can see what’s happening inside and behind them. There’s no hiding anything.

Wait, back up. What?

Yes, that was a mouthful! I’ll let founder and CEO John O’Nolan explain in his own words. 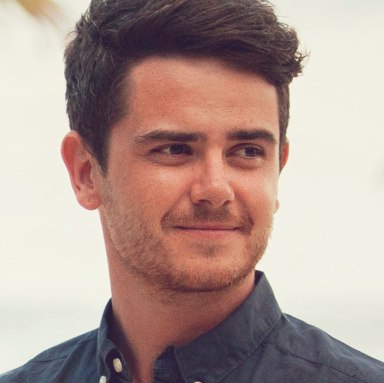 “A cornerstone of journalism is transparency and independence, and a non-profit organization free from the outside pressures of investors and shareholders seemed like a good model that fit clearly with what we were trying to achieve.” – John O’Nolan on SaaS Open Mic

The team at Ghost has designed a business model for themselves that allows them to exercise their values on a daily basis, and it seems like a truly perfect fit.

To understand how the organization works — and to illustrate just how extensively Ghost embodies the values of transparency and independence — let’s take a look at each limb of the business.

First of all, it’s important to note that since its very conception, Ghost has been transparent. John sketched out his idea for a simplified open-source blogging platform and shared it on his own blog, around Hacker News and the like. He wasn’t possessive over his idea, nor did he have any grand plans for it. On that original concept page and on Hacker News, John essentially asked readers, “Sign up if you wanna hear more if I ever do anything with this.” He invited interested people along on the ride.

Similarly, Ghost has been open-source from the beginning. On that same concept page, John acknowledges the idea isn’t unique whatsoever, but rather a “remix” of good ideas sourced from other products: “Ghost is almost 100% made up of stolen ideas from WordPress, Geckoboard, Mou, Sparrow, Svbtle, Tumblr, Squarespace and many others. I even stole the idea for this concept-page from .Mail.”

The organization is independent from VC money and, as we’ve seen, shares their financial metrics transparently.

Ghost raised $300,000 on kickstarter, 10x their goal. And with that single runway, they launched the product and hit profitability in month 11.

The software is free, and users can use it for free on their own private servers. Those users who don’t want to deal with managing servers are the paying customer base. Ghost’s revenue comes from their managed hosting service, Ghost(Pro), the SaaS element that complements the not-for-profit structure.

That SaaS revenue is re-invested in the business, creating a virtuous cycle of actually growth-fueled growth. John outlined the cycle in the SaaS Open Mic podcast:

And the cycle is beautifully (and dynamically) illustrated on their website, but here’s a screenshot to give you an idea:

Here the transparency and independence are self-explanatory. You can check out the various open-source projects on Ghost’s GitHub page. John believes Ghost is still the “largest consumer open source Node.js project in the world.”

Even beyond the open-source nature of the software, the product is shaped by users who can publicly request (and vote on) desired product features. More often than not, John himself replies with the company’s thoughts on the request, giving insight into their internal decision making process, or otherwise gives a quick status update about the feature. Check out Ghost’s wishlist.

Ghost has crowd-sourced its marketing, which is to say it’s all been word-of-mouth. Seriously, Ghost has never spent anything on marketing, yet another way it’s a self-sufficient machine. John explains their focus in this realm:

“We’ve [realized we should] focus on the products, the users, the community and where we’re going and figure that if people are consistently using us and finding us and recommending us because of how good the product is, then maybe that’s the area where we should focus on the most.” – Interview with IndieHackers

Ghost has a small full-time team, who are located all over the world, covering “5 continents, 7 nationalities and 6 languages.” It’s indeed a successful, 100% distributed SaaS company. That covers the independence part.

As for transparency, the team is given full access to the company’s ChartMogul account, so anyone can observe growth or even tinker around with metrics. And this internal transparency has paid off:

“We have had occasions where an engineer was poking around and found a bug in our email recovery system. We’ve often discovered data anomalies that led us to a bug or optimization.” – John O’Nolan on SaaS Open Mic

Given the organization’s progressive mission and their innovative business model, Ghost has the potential to be a real transformative force.

Ghost is transformative in two ways

The first way is stated in their goal — to “help modern media organizations create a more informed society, which is capable of making better decisions in governing itself.” That’s huge. That’s downright fundamental to modern civilization.

The second transformative effect is on a smaller scale. As a SaaS non-profit hybrid, Ghost is changing our perception of what a business is. But founder John O’Nolan pushes us to think about the implications of that change:

“Without the motivation to make a ton of money, how does that change your business and how you treat your customers?”

Usually when it comes to SaaS, we think fundraising, VCs, scaling to hit growth benchmarks, profit margin, etc. Even though the “growth at any cost” mentality among investors and entrepreneurs has faded recently, hypergrowth is still part of the startup DNA. The break-neck speed may be partly why founders sell after lucrative milestones, planning exit strategies even before reaching the success that makes exits possible.

Ghost operates outside of most of these tech conventions. Ghost has no investors or shareholders to answer to, only users. They are not gunning for an IPO or acquisition, just sustainability. There’s obviously no proprietary technology, quite the opposite. The Ghost community is working toward ideals, not winning a competition or dominating a market. Growth isn’t much of a concern, since a community and product built on ideals will reflexively attract its target users, proven by their 100% organic, word-of-mouth marketing.

The one Silicon Valley convention they do depend on is metrics.

“When just getting started, with limited money in the bank and not yet profitable, metrics were everything. Life or death.” – John O’Nolan on SaaS Open Mic

That’s sounds like any startup, right? But where a typical SaaS company would be looking for early traction, Ghost was looking for signs of sustainability. Following MRR and ARR enabled them to estimate their break-even point, to determine team payrolls and when they could make their next hire.

Now that the organization has stable growth and can focus on their longer term vision, Ghost still monitors their metrics as general signs of business health and customer happiness.

“We track this alongside our bigger goals and ambitions.” – John O’Nolan

And in accordance with those bigger goals and ambitions, they share those metrics publicly right on their own company site using the ChartMogul API.

“Sharing numbers transparently on our website is very fundamental to our culture. This is who we are and what we’re doing — and we stand by it both in our company structure and in how much we’re willing to share and be open about every detail of the business.” – John O’Nolan

That much is clear. Ghost is marching steadily toward its goal on completely its own (or rather, its community’s) terms. And with their revenue chart on full display, you can watch the climb.

If you want to hear more from John O’Nolan, have a listen to our full in-depth interview with him on the ChartMogul SaaS Open Mic podcast. Get the full episode below, or on iTunes, SoundCloud, Stitcher or whatever your preferred podcast player.