Ghost CEO John O’Nolan: How we built the non-profit, distributed SaaS company of our dreams

From blog post, to Kickstarter, to sustainable SaaS business: We spoke to globe trotter founder John O’Nolan to understand what’s behind his mission for open source blogging platform Ghost.

A SaaS business with a mission

“Trying to create good technology to facilitate media organizations at a time when media orgs are haemorrhaging cash and staff is something that I care deeply about.”

Ghost may look like a typical SaaS blogging platform at first glance, but if you look a little closer you’ll see that things are very different. The company is a non-profit organization, originally funded through kickstarter and subsequently bootstrapped through to profitability. Ghost shares its financial metrics openly – you can see them at ghost.org/about – and the technology behind the platform is 100% open-source.

“We’re hoping to use technology to level the playing field of modern media and power some of the greatest journalists in the world.” 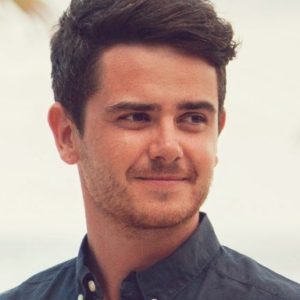 It’s obvious that there’s a strong, clear vision behind Ghost — one that I wanted to understand in more detail. I spoke to Founder and CEO John O’Nolan (@JohnONolan), who started the company way back in 2012 after a single blog post outlining his idea went viral. (I still remember reading this post at the time, and the subsequent excitement in the community).

In many ways Ghost is an embodiment of John and his beliefs and philosophy on the future of journalism — something he cares about deeply. The other part of the story (which is equally as captivating) revolves around John’s aspiration for building a sustainable company with distributed employees, and that supports his and his employees goals of living around the world and leading a rich life while working on something he cares about.

There’s so much here to learn from, and I wish we had more time to talk. But for now, get the full episode below, or on iTunes, SoundCloud, Stitcher or by searching for us in your usual podcast player.

Any thoughts or discussion on the conversation? Join me where I’ll be hanging out in the comments section, further down the page. Enjoy!