What it takes to be a category king

In SaaS, everyone wants to rule over a kingdom. But instead of fighting to topple category leaders, startups today prefer to build their own kingdom from scratch. Let’s look at how and why that’s happening.

In the world of SaaS, there’s a never-ending game of thrones.

Ruling over an entire category is the ultimate goal, but getting there is a grueling journey that requires killing your competitors and uncompromising focus. Today, taking on an existing market with a well-established leader is verging on suicidal. The prospect of trying to overthrow the kingdom of Salesforce by beating them at their own game just doesn’t make sense.

So what’s the alternative for an ambitious SaaS startup? Build your own throne, castle and kingdom.

The concept of category creation has seen increased discussion in the past 6–12 months. If you believe the thought leaders, it’s a critical component required for new SaaS businesses to succeed today.

Creating a category doesn’t mean having the best product. It’s about being seen in a different light — standing alone rather than in a crowd.

Drift positions itself as the conversational marketing platform rather than just another marketing automation product.

Hubspot coined the term inbound marketing, rather than being yet another CRM. 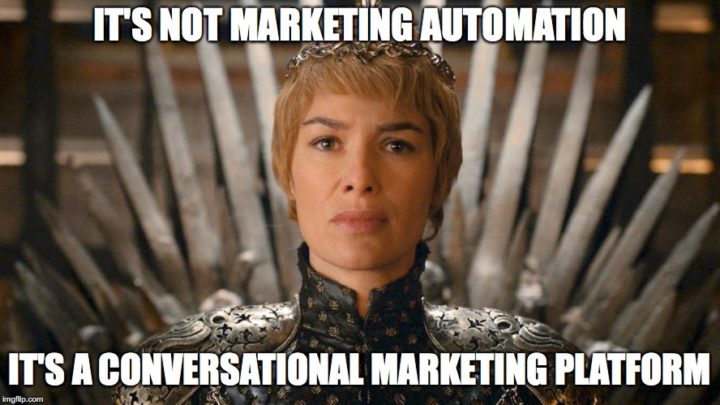 “Find a vector that you can own — the key is it has to be ownable. It’s not a product message, it’s a community message, an industry message.”

It’s worth noting that some categories come about naturally from advances in technology or organizational functions. For example, cloud storage became feasible when bandwidth and data storage costs approached a sweet spot — Dropbox and Box were able to capitalize on this.

As cloud technology adoption grew, Gainsight saw the need (and potential) for a new role within cloud software businesses, in the form of the customer success manager.

Other cases of category creation are driven more from the business side rather than external market forces. These are businesses that are cognizant of the fact that category creation is a prerequisite for rocket-ship growth, so they put serious effort into manufacturing and refining their own category — with varying levels of success. 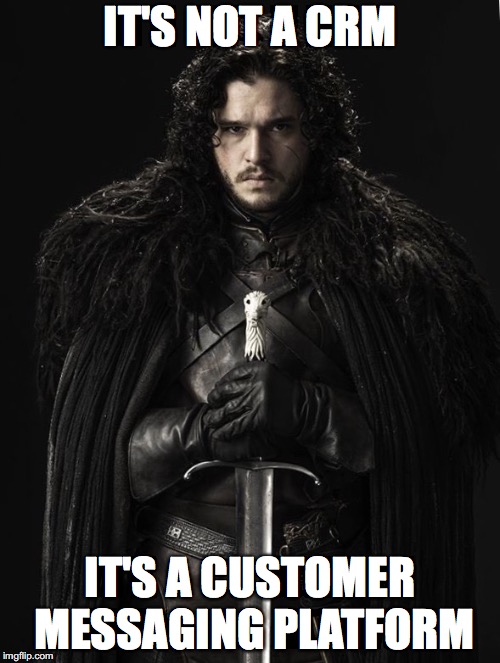 Category owners or “kings” are often lauded in the SaaS industry where they take a disproportionately large chunk of market revenue. This means that owning a category is in most cases a requirement for the level of growth and investment multiples that venture capital demands.

Zendesk is a great example of a category king — the company gobbles up the vast proportion of value in cloud-based support desk solutions.

But do category owners need to have built the population over which they rule? It’s usually the case, but on rare occasions startups have been known to overthrow incumbents. Innovative startups have the potential to disrupt and overthrow the very leaders who established the category in the first place. What if the category creator is too soon? Timing is everything when aiming for category domination. Market dynamics change incredibly quickly, and technological advances often tip the balance in favor of aggressive upstarts.

Creating a new category requires a different set of qualities than getting to category leader status.

Why is this happening now?

As I’ve written before, SaaS businesses’ ability to differentiate themselves from increasingly fierce competition is tougher than it’s ever been. As the market matures and verticals start to reach saturation, features that were once key points of differentiation have become commoditized. In the early days (first-generation SaaS), just being in the cloud was differentiation. Oh how far we’ve come.

So what’s left? A few key opportunities for differentiation:

Category creation is all about framing — the way that the outside world perceives your business, and the problem you’re solving.

A symptom of market saturation

Just a quick look at the shape of the marketing technology space gives you an idea of just how much competition exists in the market in 2018:

In 2015, Tomasz Tunguz wrote about how most companies at the time — irrespective of size — were shown to very consistently use 14 SaaS applications across the organization:

“SaaS startups are either competing within these categories or creating a new category. The consistency of 14 apps underscores the importance of category creation for SaaS companies creating software for newer workflows, in contrast to those replacing existing products.”

Fast forward three years and this reality is even more extreme. Future growth in SaaS is far more likely to come from new categories generated by emerging technologies and use cases than existing ones.

So which challenge would you rather take on:

An existing category is easy to enter, but hard to own. A new category is hard to create, but easy to own once you’ve created it.

The emergence of SaaS micro categories

“The result for users is a sprawling array of products, all claiming they’re on a slightly different mission to the next one”

The result for users is a sprawling array of products, all claiming they’re on a slightly different mission than the next one — and that their approach is the right one. As you can imagine, this gets confusing for buyers looking for a straightforward solution.

Is this a real problem? Perhaps not. Is it even anything new? Businesses have been shouting for many years about how their solution is “the new way”.

Slack has transformed the way people communicate at work. With a rate of growth rarely seen in B2B software businesses, the company has demonstrated the kind of ROI found through category creation.

Also known as the “founding father of SaaS”, Salesforce went on to define the CRM category that many businesses compete in today, and have since expanded beyond this.

Marketing automation as a category is dominated my Marketo, which took advantage of a shift toward more self-service B2B software with free trials — conditions ripe for scale through automation.

Hubspot could have decided to take on existing CRMs like Salesforce when they launched. Instead, they invented inbound marketing and with it, ushered in a completely new approach to engaging with potential customers.

Customer success as we know it today exists because of Gainsight. The company saw that helping customers succeed and driving retention was a critical component of businesses entering the (then emerging) cloud software market.

How to create a category in four very difficult steps

So you want to create your own category — a noble goal! What does it actually take?

This might sound simple, but it’s not. The successful category creators in SaaS didn’t think of a concept and slap a nice-sounding name on it. Just like naming a product or company, this needs to be memorable and unique to the point that people won’t have pre-existing biases or preconceptions toward it.

Step 2: align around it

You won’t be able to earn validation from an entire industry without first aligning your entire company around your concept. Every team needs to know your mission inside-out and really believe in it.

Repeat it over and over. And over. If you want your concept to stick in people’s minds you’ll need to put considerable effort into marketing it to your target audience through content, PR and in every form of public-facing communication. Communicate the problem you’re solving (and how you’re solving it) in a unique way. Framing is key here.

Step 4: make it a reality

You need to condition the market to your solution and your company’s perspective on the problem. This is by far the hardest step — the goal here is to change people’s way of thinking about a problem. They need to see it in a new light. You’ll need to show evidence that your approach to the problem actually works. Step four represents market acceptance of your category, validated by third party adoption in communication (people talking about it) and even other businesses emerging with similar positioning (competition).

Should I aim to create a category for my business?

The bottom line here is that it comes down to your product and the way you’re solving problems for your customers. Category creation is not just a marketing strategy, even though there’s a large element of marketing and positioning involved. It’s a ground-up approach to building a business and bringing it to market. The companies listed above succeeded because their offering was fundamentally different than anything else that existed at the time.

Is the the problem your product solves something that hasn’t been addressed in the market?

Is the way your product solves an existing problem unique — does it reframe the problem in a groundbreaking way or implement cutting-edge technology to transform your approach?

You don’t need to create a category to be successful. If you’re not aiming for the scale and returns that venture capital demands, simply being a significant player in an existing market segment can result in an enduring, profitable business. In 2018 there still exists a strong potential for differentiation in SaaS — whether that means building a stand-out brand, leveraging large volumes of data or framing your solution in a unique way is up to you.

What does the industry look like if everyone exists in a category of one? There are certainly downsides to this form of market fragmentation. How can businesses make buying decisions when every vendor argues that, although there’s some overlap, they’re not really a competitor to that other product? We’re likely to see an increase in the number of services businesses pay for.

Perhaps competition between SaaS services will be pushed further down the funnel, from the marketing and pre-purchase stage into early-life adoption and onboarding, when the true value of a solution becomes clear.