How Stripe Dominates Online Payments by Going After Developers

With the changes brought about by the global pandemic and talk of a new fundraising round at a valuation of up to $100B, Stripe seems unstoppable. But can they keep their dominance in the next 10 years? And is Stripe a good choice as your billing and payment provider? We look at how Stripe rose to its current popularity and what they are doing to keep their place to answer those questions.

When Stripe was launched in 2010, dealing with payments online wasn’t a straightforward matter. It required significant development work, working with banks and other financial institutions, passing multiple verification and compliance hurdles, and so on.

Fast forward 10 years and setting up shop and accepting payments has become a lot easier, thanks to a large extent to Stripe. The company has managed to capture a significant market share thanks to all the innovation they have pioneered in the last decade, but with the rate of innovation and adoption of digital payment solutions speeding up, Stripe is facing intense competition from all sides.

Can they preserve their dominance?

To answer this question, we’ll look at how Stripe got to the top and what they’re doing today to preserve this position.

This blog post was finished just before the announcement of Stripe Treasury program. It is not reflected in the post, but it is interesting to see how Stripe is doubling down on the points we discuss in the post — building financial infrastructure for the internet and making it easier for entrepreneurs all over the world to run the financial side of their business. To learn more about the motivation behind this move, check out Ben Thompson’s excellent analysis.

Bloomberg recently reported that Stripe is looking to raise a new round at a valuation of between $70B and $100B.

The global pandemic has accelerated the process of digital transformation in many industries and Stripe has been able to ride this wave — thanks at least in part to the fact that they provide a reliable alternative in many geographies that lack other options. The record valuation to a large extent is an assessment of how Stripe has dealt with this challenge.

Stripe’s dominance isn’t the result of luck, though. The team has executed perfectly on a meticulously planned strategy and that makes their prospects for the future just as good. Let’s see why.

Solve a real problem for a carefully defined group of people

As I outlined in the beginning, handling payments wasn’t easy in 2010, even for developers. Receiving payments online was cumbersome and required multiple layers of approvals, dealing with banks, and so on. It was both longer and more expensive to build internally — the cost for setting up your own system to accept payments could run at more than $100K.

PayPal was the main alternative at the time, which allowed companies to receive payments, without having to build their own stack. But integrating with PayPal was equally complex and it was done in a way that required businesses to send their customers to the site of PayPal where payments were completed.

Stripe came in with a vision to solve this problem. They focussed on going after developers — the main group of people involved in integrating payments. To achieve that, they knew they needed to provide a super simple solution that allowed developers to receive payments with as few lines of code as possible.

This focus is obvious just by looking at how Stripe positioned itself on its first website. Even the early name of the company — /dev/payments — was a hint at who they were targeting.

Stripe started with the premise that accepting payments should be easy. And they built their whole empire around the idea of providing the best possible customer experience.

Create a moat through customer experience

Integrating Stripe into your customer flow today is just as easy as it was when the company first started offering its services. And because they understand exactly how important that is, the company has managed to make this approach towards servicing customers the basis of its overall success.

The easy setup and integration is just the starting point. Stripe also invests heavily in two areas that are often overlooked by tech companies — its API and documentation.

A quick look at communities like Quora and Reddit reveals multiple mentions of these two, which is symbolic, provided that most people (even developers) would eat a frog before they resort to reading the official documentation of a complex product like Stripe.

Even though the setup of the product is supposed to be simple, Stripe understands that with so many customers and use cases, and a complex product that offers many possibilities, it is very important to provide this kind of scalable supporting assets that are high quality.

In addition, Stripe has demonstrated time and again that it is willing to be flexible and learn from customers. Doing that has allowed them to expand the product and go after subscription companies and larger customers, such as Lyft.

The carsharing company was looking for a platform that would allow them to charge customers and pay drivers at the same time. Such a product didn’t exist, but Stripe was willing to work with Lyft and adapt the product to fit the use case.

The obsessive focus on customer experience is not just a powerful acquisition engine, but also a great tool for promotion. It is the essence of Stripe’s marketing strategy.

Through their smart positioning (going after developers with an easy solution to a real problem) and their focus on customer experience (by building upon the original focus), Stripe has a powerful engine to grow.

Stripe Press doesn’t focus solely on books that cater to their core target audience but seeks to publish works on broad subjects. It was started when founder Patrick Collison wanted to gift The Dream Machine to his staff, but couldn’t find copies as it was out of print. Stripe bought the rights to the book and published it in order to make it available more widely. 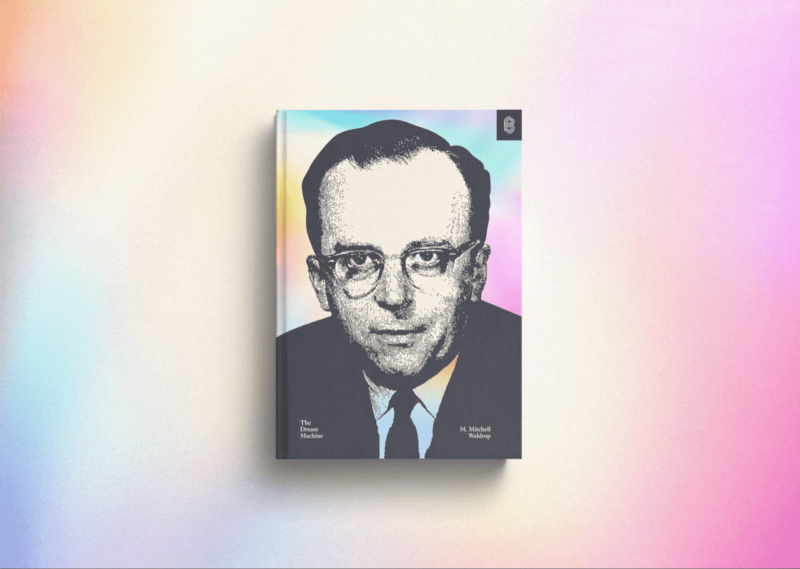 Obviously, for Stripe a real connection with potential customers does not happen by going to the same places and doing the same thing as everyone else. They learned that early on by focussing on a group that is notoriously hard to reach and convince — developers.

Instead of shouting loudly, the Stripe team chose to focus on marketing through its products — the easy setup, the powerful API, and extensive documentation are just a few sides of the product offering.

Finally, the company also invested in organizing multiple events tailored towards the developer community, thus creating a fun way to build awareness, educate its audience, and build a community around the product.

When a developer has an easy time integrating Stripe, they are more likely to suggest the platform to their peers — Stripe understands the power of this growth loop and uses it to its advantage.

A note on Stripe’s pricing

The pricing model of Stripe is another feature of the company that is often cited as the source of their popularity.

Stripe charges the same fee no matter who the customer is and how many transactions they process through the product — it’s always 30 cents + 2.9% per charge.

The pricing is straightforward and transparent, at the same time, it is structured in a way that aligns the company with the goals and motivations of each of their customers, regardless of how big they are.

To learn more about SaaS pricing, check out our report: The SaaS Pricing Masterclass

Small companies that are just making their first steps can quickly start accepting payments through Stripe (remember the easy setup we discussed above?)

At the same time, large enterprise organizations like Google, Slack, and Instacart still pay a pittance compared to the overall volume of payments they get through the platform.

Because of its scale and market share, Stripe has managed to carve out a place for itself sitting as a toll booth on the digital highway, collecting a small share of the traffic that’s already busy as it is.

However, the Collison brothers are just getting started — Stripe is making massive strides in their quest for growth and not just by capturing a larger share of an existing pie but actually growing that pie as well.

In the next section, we’ll look at how Stripe is planning and executing its strategy for growth in the next decade.

Can Stripe sustain its exponential growth?

Stripe got to the point where it is by differentiating itself — through making its product very easy to install and get started with. 10 years ago that was a viable strategy to capture market share.

However, today the market is much more competitive and it’s harder to command a similar position. Payment processing is becoming a commodity, so that means companies like Stripe have to compete on price rather than by differentiating themselves.

That’s why, despite its dominant market share, Stripe continues to command one of the lowest prices in the industry.

So far the company has grown by expanding into specific industries by building solutions that cater to their needs — such as recurring payments/subscriptions. However, they clearly understand that kind of growth is quickly leading to saturation as most of the developed markets that they are building for are already close to full capacity.

The Stripe team understands that the next big frontier lies beyond the borders of the world’s most developed digital markets. Programs such as Stripe Atlas and the recent acquisition of Paystack — one of Africa’s biggest payments processors — show their intent.

Stripe is making a bet on the continued worldwide adoption of digital commerce. That is where the next wave of growth will come from and Stripe wants to be in a position to profit from it.

Stripe has manufactured its popularity

When we look at Stripe’s carefully designed and executed strategy, we see that their meteoric rise hasn’t come by chance.

The company started with a very sharp focus on one specific group of customers (developers) who had a real and very painful problem (accepting payments). They solved that problem and gradually built up the system to support related use cases and industries.

Stripe turned that early success into an obsession with the customer experience and continued not just to expand the features and the supporting assets (API and documentation) offered to their customers, but to engage and build the product along with them.

Stripe invested early on in forming strong relationships with their community. That allowed them to generate a powerful growth loop centered around word-of-mouth. Because of that, the company can invest organically without investing excessively in its marketing program.

By adopting a simple and transparent pricing model, Stripe has managed to position itself as a “toll booth”, collecting a small commission fee from a large share of the internet economy. This pricing also puts in on track to continue growing in an era where the environment is going to be much more competitive than in the past.

Stripe is a toll booth on the highway of the internet economy. And with traffic growing all the time, they are in a great place to profit from it.

Finally, Stripe is well-positioned to profit from those coming changes. By making it even easier for companies all over the world to sell and collect payments online, they are ready to take advantage of the next wave of the digital transformation.

Add Your MRR Movements to the Stripe Dashboard