Our own Nick Franklin spoke to Christoph Janz of Point Nine Capital at the fourth edition of our inaugural event series, held in Berlin at Point Nine’s headquarters.

Berlin was our biggest Mogul I/O event so far — thanks to everyone who came out to hear the talks, enjoy the discussion and see an excellent fireside chat between Nick Franklin and Christoph Janz.

The following is a summary of Nick and Christoph’s discussion — key takeaways and lessons alongside a selection of insightful quotes. Let’s dive in!

“If you want to raise capital from a VC fund then it only makes sense if you really have the ambition and a very strong desire to do something really really big.”

It’s helpful to understand the VC perspective if you’re trying to raise money. The nature of the VC model means that every investment they make needs to have the potential to deliver a huge, outsized return — most companies fail, especially at the seed stage.

So what are Christoph and his team at Point Nine Capital really looking for? He explained that Most VCs want a business that can get to $100M annual recurring revenue and still have a good growth rate when they get there.

According to Christoph, a key decision founders need to make is whether they really want to sign up for such a journey, or if bootstrapping with the goal of profitability and more freedom of choice is a better option.

“If you’ve raised a couple of million euros, you’ve signed up for something pretty big and have some responsibility.”

Founder-investor fit is a big component of the decision-making process in venture capital. Ambitions and interest need to be strongly aligned.

On top of this, there are many other factors that Christoph and his team would look at. You can see these in the SaaS funding napkin — it gives a good idea of what the table stakes are for growth.

“For us as an early stage investor, oftentimes there aren’t a lot of relevant metrics yet, so by the time a company comes to us with a pitch or to discuss funding … it’s a bit more qualitative than quantitative.” 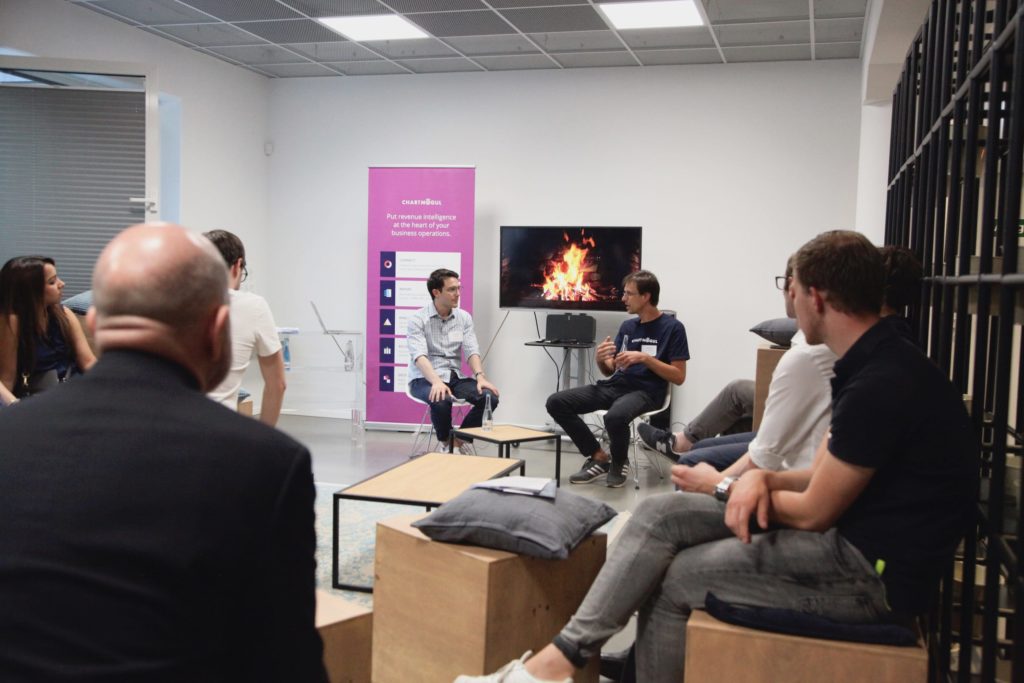 On the importance of dominating your niche

“I think it’s probably the right approach for most companies to dominate a niche, because you get all kinds of benefits if you’re a big fish in a small pond.”

Nick posed the question to Christoph: Is the commonly referenced strategy of focusing on and dominating a niche before expanding to a larger audience something that still makes sense today? It’s a strategy often touted by other prominent SaaS VCs like Jason Lemkin of SaaStr.

It’s important to know that not every successful SaaS business took this approach, but according to Christoph it’s much easier to drive word of mouth if your target customers are closer to each other by “some kind of affinity”. What’s more important though, is your plan for breaking out of that initial niche when you really need to expand your target market.

“If you do that then you need to know what comes after that, and after that. It should be clear how you’re planning to expand your total addressable market (TAM).”

Market expansion can take several forms, such as increasing wallet share of your current customer segment, adding other market segments on top or expanding internationally.

So as Christoph explains, you have to have a good reconciliation between focusing on something small in the short term but still having that big plan in the long term.

But how do you evaluate the size of your total addressable market? It’s not so easy and many businesses fail at this.

“Some of the most amazing companies in the world didn’t have any quantifiable TAM when they started.”

At earlier stages of the evolution of B2B SaaS, oftentimes products would be replacing existing on-premise software so it was easier to get an idea of market size. Nowadays, it can be harder for businesses to reach meaningful numbers. Christoph recommends thinking about the number of target users in your segment and then look at average revenue per user (ARPU) and doing the calculations from there. 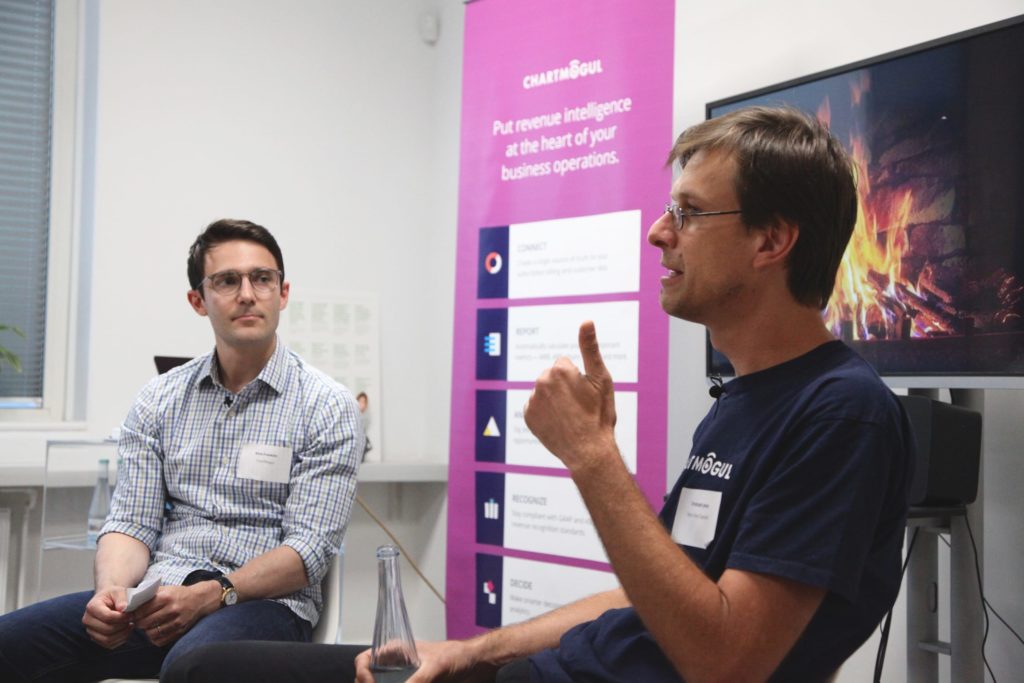 On creating a moat

Should SaaS startups aim to create a moat, making their business more defensible? This was the question presented by Nick.

But according to Christoph, there’s actually a discrepancy between the VC and entrepreneur views on this.

“I think if you’re at zero revenue or 500K revenue there’s probably nothing that worries you less than your defensibility … you have a million other things to figure out and the last thing you want to worry about is ‘how do I become defensible if Salesforce wants to buy me at $400–500M, how can I avoid that?'”

In other words, building a moat is probably not something you want to even think about at the early stage — focus on growth, and the defensibility will become a topic further down the line.

Christoph explained that investors have to ask these questions because they’re looking for those gigantic outcomes that VC demands.

“Having a great product or the best product, being able to iterate really fast, having an excellent execution all around the company goes quite a long way.”

And finally, an example: Zendesk is now at around $500M ARR. They now have a very strong moat that comes from data and the platform they’ve built. But looking back, it’s not at all clear that it would have had an impact when they were at smaller scale. 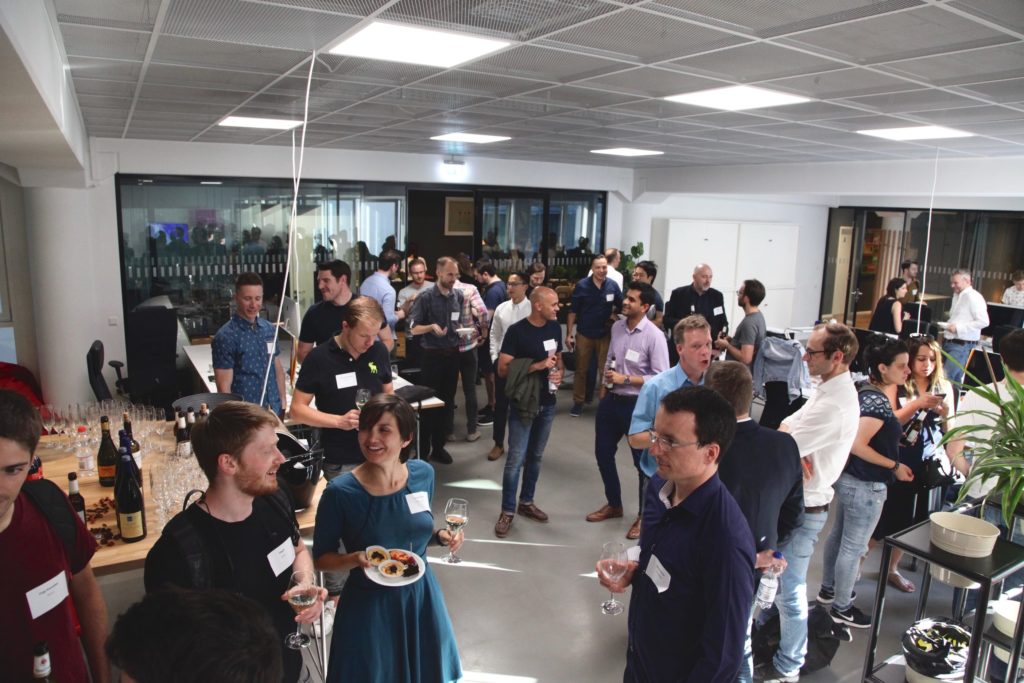 On increasing transparency in venture capital

Nick asked what the the goal of these announcements is. The answer? Fundraising generally sucks for founders, and the team at Point Nine are making moves to simplify the whole experience:

“It can suck for founders if nobody wants to invest … but there are elements of why it sucks that can be addressed and don’t have to be that way, like term sheets for example. There’s absolutely no point in having a 10-page term sheet with all kinds of complicated provisions for a 500k seed investment.”

The same applies for due diligence — it doesn’t make sense to fill in dozens of pages for such an early stage company, to minimize any potential downside for highly unlikely events.

The pledge to participate in any series A investment was not such an easy decision, however. Clearly this could lead to situation where they’re forced to invest but they don’t want to. A lot of thought was put into this decision.

“Even if the seed investors are probably going to participate, there’s still some doubt — having the certainty adds a lot of peace of mind [for founders].”

Overall, Christoph strongly believe that these changes make Point Nine more competitive over VCs with less friendly terms. Since the announcement was made there’s been lots of positive feedback from both founders and LPs. 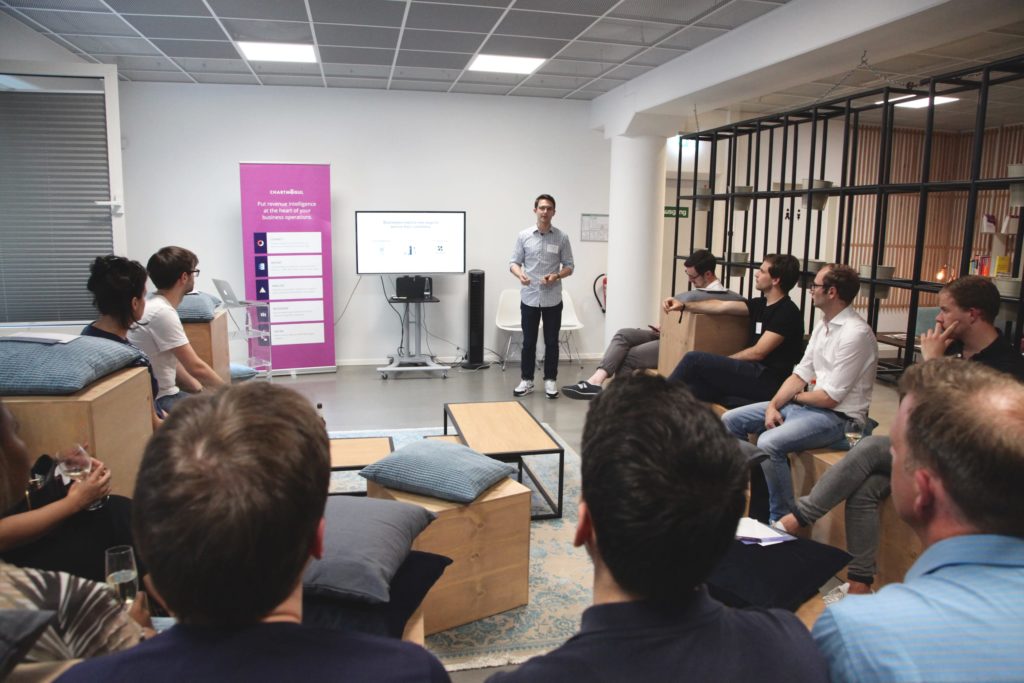 On how startups should be using data today

“I think the table stakes have gone up in the sense that if in 2018 you’re not on top of these metrics, I’m less patient — there’s no excuse for not knowing this.”

Christoph started out at a time when good, actionable data wasn’t abundant in most startups. Or it was at least far more difficult to capture data and put it to good use.

“At that time on a daily basis we’d talk to SaaS companies and the way they presented their metrics, at least for us, was confusing because there were no standards and no clear definitions so it wasn’t quite clear what they were talking about.”

But measuring and understanding data today is paramount for knowing if a business is moving in the right direction (at a high level) and where any focus on improvement should be.

“For me it’s always been important to look at metrics for all kinds of probably obvious reasons — you want to know what works and what doesn’t work, and try to fix what doesn’t work and double down on what does work.” 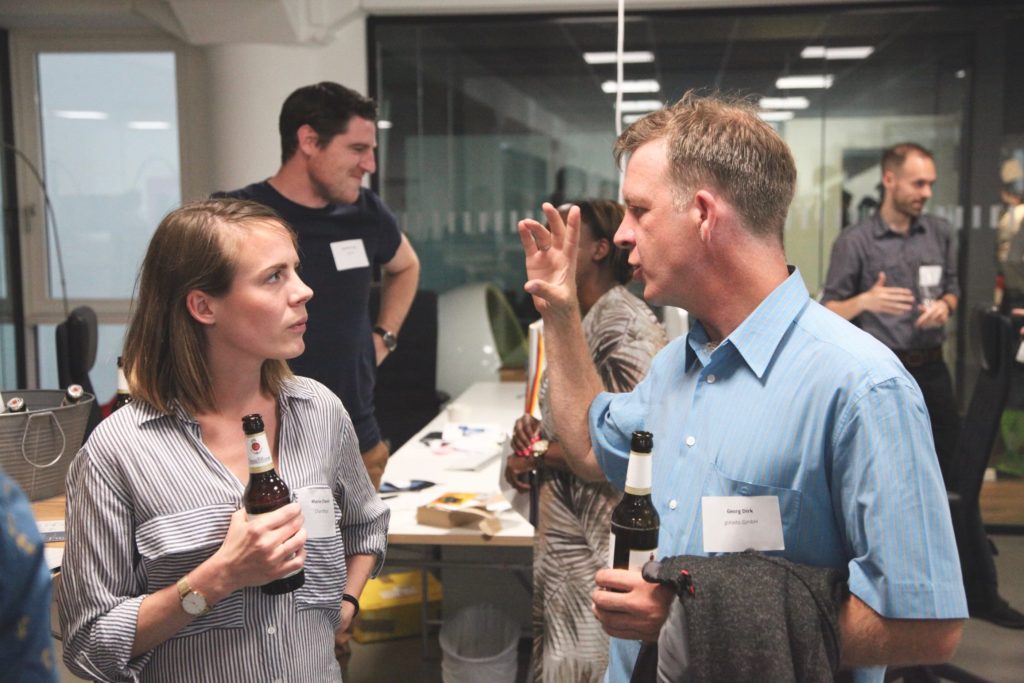 On shifting from linear to exponential growth

“Usually, year-on-year growth rates go down. It’s very hard to keep them up for a number of years.”

Nick stated that the reality of startup growth often doesn’t match the extremes we see discussed and analyzed in the public domain. A lot of growth trajectories lie somewhere in a sort of no-man’s land, between linear and “hockey stick” exponential.

So what does it take for businesses to find that explosive, exponential growth if they don’t have it already? Christoph weighed in on just how rare this is:

“I think true exponential growth over longer periods of time is exceedingly rare because, by definition, it has to be viral … Pretty much nobody has exponential growth unless they have a viral product like WhatsApp, Snapchat, Skype.”

There is one B2B SaaS business that’s doing an incredible job of standing out from the crowd, though:

“The only B2B SaaS where I’ve seen true exponential growth is Typeform, because it has a viral loop built in. Every time someone sees a Typeform there’s a small button at the bottom that says ‘create your own Typeform’.”

And of course, this isn’t by chance — according to Christoph, the team at Typeform has been constantly making adjustments to the product to tweak their “K-factor” (a measure of virality) and really encourage that virality.

Nick and Christoph discussed some other cases where companies have been able to change their growth trajectory, for one of three key reasons:

However, this looks more like a step-change than truly exponential growth. Calendly is another example of a product with some virality built in — you send the invite and the user sees a link to create their own. Dropbox and Slack are other good examples. 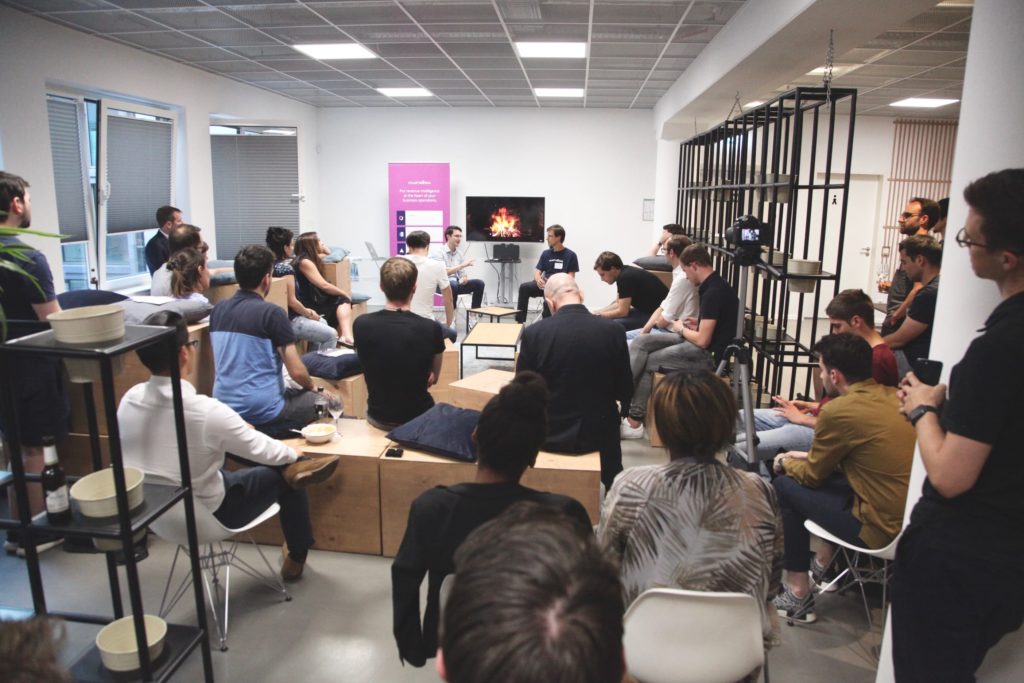 We’d like to extend a huge thanks to the team at Point Nine Capital for hosting us and to Christoph for taking the time to share his insights into the rapidly changing landscapes of SaaS and venture capital.

If you attended one of our recent Mogul I/O events, thank you for making it as fun as it was! We’re looking for feedback so that we can evolve and improve the event in the future.

A Recap of Our Offsite 2022 in Portugal