Why do we still attend conferences?

You don’t need to look far to see that there’s a conference targeted to virtually every business discipline and category today. Events are booming, and communities are seemingly engaging more offline than online. I want to take a look at why that could be.

The way we do business is changing, rapidly. Methods for building technology-based products, selling and marketing them are nothing like they used to be 20 years ago. Nowadays, relationships are often built through email and instant message, or video call (for that extra “personal” touch). Deals are done and signed off with packets of encrypted data travelling thousands of miles in mere milliseconds between our computers.

But one aspect of doing business seems to buck that trend: The tech conference.

Why is it that, given all of our advancements in technology and trade, we still spend thousands of dollars on travelling to a single location with thousands of others, to take part in activities we call “networking”, “keynotes” and “queueing for the buffet”?

I took a look at what entrepreneurs and founders in the SaaS space are saying, to try and answer this question.

Alex is pioneering the B2B SaaS events space this year by kicking off the inaugural SaaStock conference in Dublin. For some time, Europe has been without a “flagship” SaaS conference as such, and Alex’s main goal is to fill this void.

But to say it’s not easy building a B2B conference from scratch in 2016 is a massive understatement. So why does Alex believe that it’s the right opportunity to pursue, and why does he think businesses should invest in attending such an event?

“There are so many conferences these days and I understand that some people suffer from Conference fatigue, but the ROI for attending the right conferences with the RIGHT strategy is still so high.

I’ve attended 4 conferences this year: 3 for business, 1 for more research purposes. Those that I attended for business, I had a plan of whom I wanted to meet, meetings lined up in advance and many great impromptu conversations during networking breaks. Each have given a 5-10x return on the cost of attending, and this doesn’t include the learning.

I strongly believe you need both an online and offline sales strategy. You can’t go for tapas, share a cab and end up in a nightclub in Barcelona until 3am with a CEO you’ve just met at a conference and connect to the level that you win a new customer — by simply being at your desk emailing or writing a great blog post.”

What Alex says echoes a lot of the feedback from other founders and entrepreneurs. There is still huge (and potentially growing) value in the “offline” element of sales — something that simply can’t be achieved through content marketing or other inbound activities.

Listen to our interview with Alex for the SaaS Open Mic podcast here. I also recently spoke to Alex Delivet, founder of the B2B Rocks conference in Europe — listen to that interview here.

“For me, the best thing about SaaStr Annual was realizing that every SaaS company out there has the same set of challenges we do. We’re all fighting to acquire customers and keep them, to keep our CACs in check and increase our LTVs. I was impressed with how many other CEOs would actually talk metrics and challenges; a refreshing change from the usual Silicon Valley exchange of ‘we’re killing it’.”

I wanted to include Hayes’ impressions of SaaStr Annual because it really highlights the sense of community offered by such events, in a world of insecurity and doubt amongst lone founders. This type of vulnerability and connection is another aspect you’d really struggle to find in the online world.

If you look back at Nick’s write-up of his first SaaStr Annual event, the value of the experience at such an early stage of building a business is instantly clear:

“I’m now convinced that the more specific an event is, the more valuable, engaging and ultimately more fun it is. At ChartMogul we’re building SaaS metrics software for SaaS companies so there couldn’t be a more perfect event for us. Just to highlight how relevant SaaStr was, we’ve only been selling ChartMogul for one month (therefore don’t have huge numbers of customers yet), yet we bumped into two of our paying customers and several of our very active trial-ers.”

One aspect this really highlights is the specificity of events. Over recent years we’ve seen more and more events targeted towards specific segments of industry, or particular disciplines within a business. Whether it’s MarTech, FinTech or B2B Sales, the attraction of such an event is clear and simple: Being surrounded by like-minded individuals, not only in the same industry but even the same industry segment or discipline.

The ongoing value of the tech conference

It’s possible the value of human connection has increased in today’s world, where we’re battling an increasing amount of digital noise, and it’s actually becoming even harder to make meaningful connections digitally. In the “old days”, business was done face to face, and today it’s refreshing to get away from our laptop screens and make these arguably more meaningful connections. It’s almost a novelty. Think about that for a second.

The best damn sales opportunity of the whole year

As Alex Theuma mentioned above, taking an ROI-focused approach towards events really shows how you can turn the whole thing into a lead generation machine. And once you’ve run the numbers on this, it usually more than pays for itself once the first couple of deals roll in. There’s one caveat to this: For the sales approach to work, you need to be attending events that are highly-specific to your target customer base. It’s no use selling to a room full of people who simply don’t experience the problem your product is solving.

Learning from the best of the best

There’s still no better place to learn from influencers with the kind of experience that’s invaluable to your own success as a business leader. Yes, you can read things on blogs — or even watch videos on YouTube. But there’s still something different when it comes to sitting in the same room as your peers, and learning from the best in the game.

A sense of community

Jason Lemkin underlined this point as he kicked off the SaaStr Annual event in San Francisco back in February this year. What he’s building is not a “show”, for one-way consumption. It’s a community, through which entrepreneurs come together and help each other succeed, through the sharing of experiences and advice. This isn’t something you can find easily on the internet, where any sense of community is typically abandoned in favor of shouting as loudly as possible to try and get attention or exposure. Luckily, this practice still isn’t acceptable in the physical world…

A dash of showmanship, and the love of the spectacle

Let’s not kid ourselves here, entrepreneurs love to put on a good show, or to let off some steam. For the average SaaS founder, it’s quite likely that conferences are some of the only times during the year where you can change things up, and let your hair down in an environment surrounded by others who truly understand how it feels to be on the grind. Any good conference founder understands this, working it into the fabric of the event. Yes, those indoor fireworks and flame throwers on the stage may lack a little taste, but who cares?! 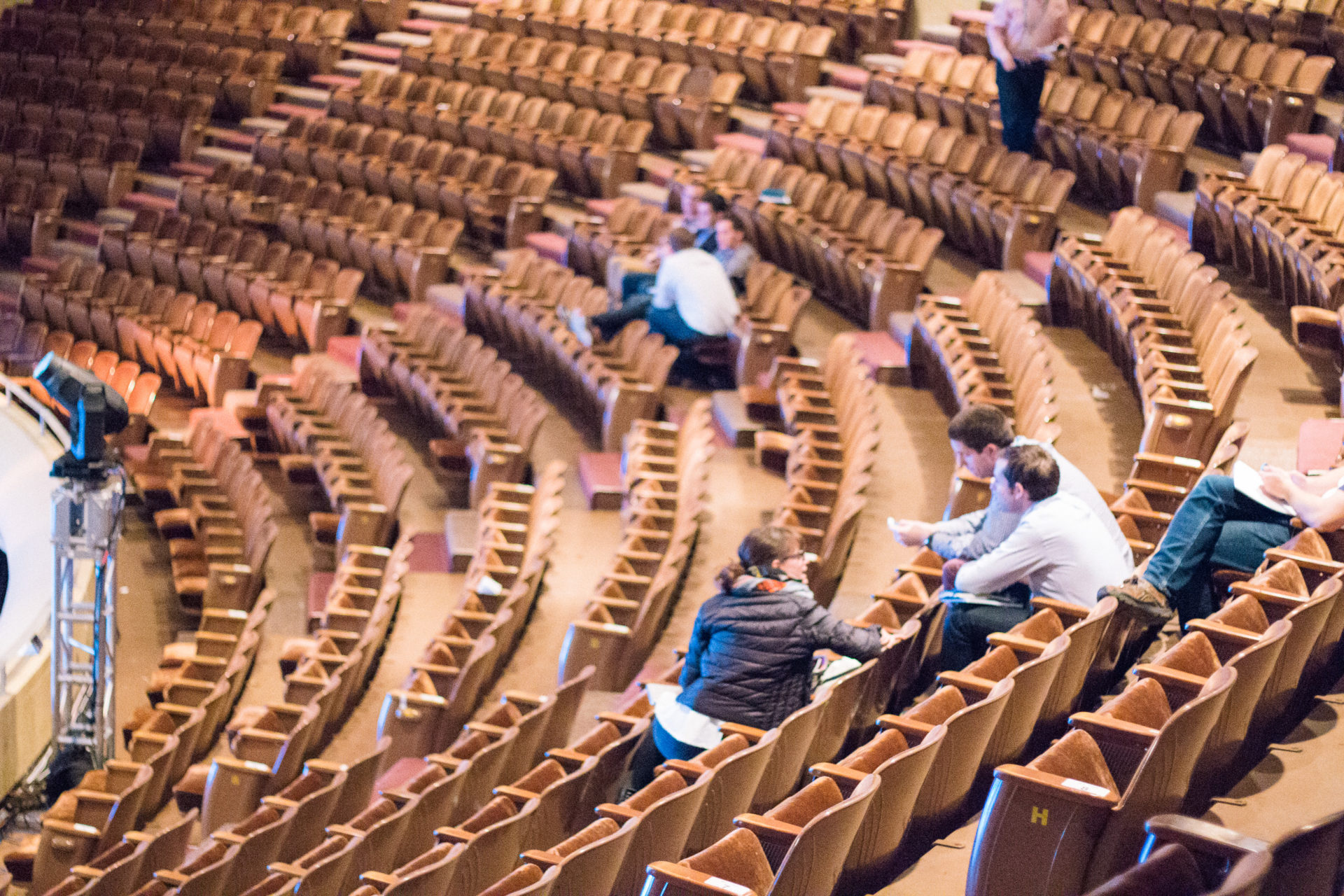